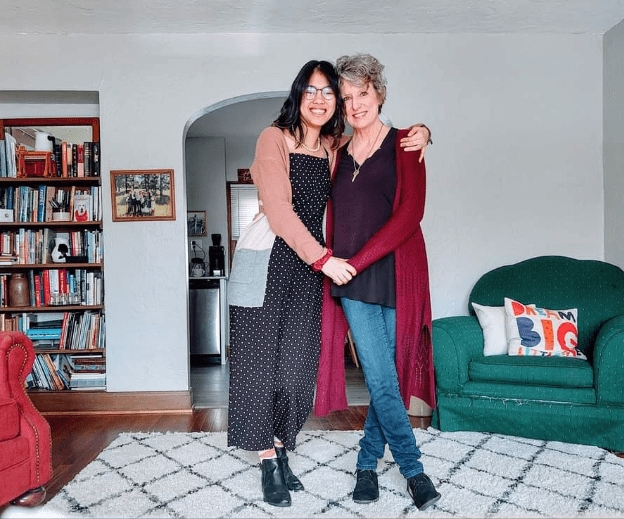 The girl and I talk and dream and adventure....a lot.

As most of you know, I have six grown kids; four homemade and two adopted from Korea and China. All of them make me proud. We were able to go to China to get Naomi. We did not get the chance to go to Korea to get Solomon. I’ve always regretted that.

Several months ago, Naomi began to teach herself Chinese and Korean. I soon joined in and we have enjoyed the challenge. As the months went on, she signed up for a Korean class in college. She has excelled. I’m still at “hello” and “I speak a little Korean”. 😀

One evening as she sat on the couch across from me, as many of our adventures began, she mentioned three internship program organizations open to college students for the upcoming summer.

Practically before she could finish her sentence I looked up at her. “Apply.” Within three weeks she had been accepted into all three. She interviewed with each of them and made her selection. NAOMI IS GOING TO SEOUL, KOREA!

Here you can find a separate blog/vlog (you all know I love to write!) with the help of my website creator son, where we will share content, photos and skype sessions between Naomi and I all the way from preparation for the trip until her return home.

As we began to plan and imagine and research, our dream began to take shape. “Mama, I want you to go with me at first; to help me settle in. I want to experience some of this with you.” And so the dream grew and we began to consider a two week stay for me, to see my girl safely there and meet those who would be working with her. To let them know they are getting a treasure.

We are inviting those of you along who would like to help us make this Naomi/Mama segment of the trip happen. There are two options:

1.) One time house cleaning, closet/drawer/etc. organizing, night/weekend away from the kids

Buy Her A Coffee In Seoul

2.) Direct donation toward plane ticket (mine), meals (ours), public transportation in Korea, incidentals.

Donate Via Paypal
Or Donate Via Venmo @Tamara-Belanger-1

Don't Forget to check out the official travel blog below!

Several weeks before the girl and I left for Korea,...

Tell Them They Are Not Abandoned

We’d met Keira on an online woman’s group and decided...

When the dream of going to Korea first poked it’s...